Vicki Whicker, poet and art photographer, is a member of the Los Angeles Poets and Writers Collective and Bright Hill Press Poets. Her poetry has been published by Mo+th, 12 Los Angeles Poets, Big City Mantra, Literary Mama, and others.

Both her poetry and art photography are featured in the anthology Seeing Things (Woodland Arts Editions, 2020). In Fall 2020, her poem “Fire Starter” will be published in both English and Spanish with La Presa (Embajadoras Press).

Her art photography has been the focus of solo and group shows on both coasts. She coined the phrase “Bucolia” to describe the magical realism of her art, in which she edits for light and depth and saturated color.

In 2011, Vicki left a long and storied career in footwear design (played out in Los Angeles and around the world) for the wilds of central New York, after buying a dilapidated 1820’s farmhouse from a post on Facebook, sight unseen. For $10,000. Much hilarity has ensued.

Vicki Whicker’s Caught Before Flight is beautifully honest. Her edgy, sensual, lyrical and vivid storytelling pulls no punches. With a strong feminine gaze she takes us on a powerful trip from a stark 60’s childhood to 70’s awakening, to the highs of single life, to the mothering of her clear-eyed son. We feel every loss and triumph and we are flying, every word of the way.

What People Are Saying about Caught Before Flight:

“Do we accept grief and despair as the condition of living on earth, or do we break against the will of the world? Vicki Whicker assumes words have the power to make sense of what is essentially a senseless enterprise, being thrown onto this earth to push, often needlessly, against hope. Time will get us in the end, so why struggle? Whicker has learned, as all poets eventually do, that words mediate between what we hoped for and what we must settle for, and that language colludes with our destiny to find meaning even in the smallest of objects, the fleetest of images, such as her father, caught “on the dock of a dark lake,” while all around them the “people of summer adrift in their boats.” These exquisite poems have the power to break your heart, but they also have the power to expand it. I went from one poem to the next in the thrall of her words, her use of language to enlarge my capacity for love. Read these poems as you would inhale oxygen, both before and after you’ve lost your breath. This blurb barely scratches the surface of what she has done with these feathery poems, each one as profound as a mountain.” Jack Grapes, poet, playwright, actor, teacher, editor, publisher, author of Last of the Outsiders

“Enter Vicki’s splendid complicated life tucked within her silken, perfectly chosen words, and crawl, struggle, sink, succumb, soar, dance and fly as high as she does.” Pamela Des Barres, bestselling author of I’m With The Band

“This collection of poems are the authorized sequel to a rough-hewn heart, tough loved and intimately lived.” Joe Loya, author of critically acclaimed memoir The Man Who Outgrew His Prison Cell: Confessions of a Bank Robber

“Whicker’s poems have the stunning acuity of Kodachrome slides: preternaturally vivid, sublimely intense, rendering a childhood summer vacation or coffee with a friend into a moment of pared-down, assertive hyperreality. Immersing us in settings from Missouri to Upstate New York, Colorado to Southern California, these are precisely timed exposures of a human heart in love, in lust, in pain, in fear, in repose, in flight. It’s a cliche to describe a certain approach as ‘poetry for those who say they don’t like poetry,’ but there’s a narrative arc to each, and the cumulative effect embodies the landscape of a thousand-page novel winnowed down to its most essential elements. There isn’t an astute reader in any genre who won’t welcome the gritty, sensuous magic of “Caught Before Flight.“” Linda Lowen, Writing instructor, essayist and Publishers Weekly reviewer

“Caught Before Flight” is overflowing with exquisitely succulent imagery of Whicker’s personal relationships and geographies, creating residual longing that lingers beyond the final page. Whicker’s especially expressive portrayals of the colorful and varied men in her history alternate between jousting and submission, deepened by a hard-won sense of freedom in surrender. Rich, mature, and impressively lyrical, these poems demand to be savored. Josh Kilmer-Purcell, New York Times bestseller author of I Am Not Myself These Days: A Memoir

I have always been captivated by the fiery undercurrent that breathes life into Whicker’s incisive language and potent observations, which not only surprise but also reverberate well beyond the page. –Karin Gutman, Founder Spirit of Story

Past notes and photos 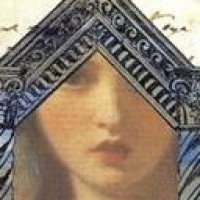 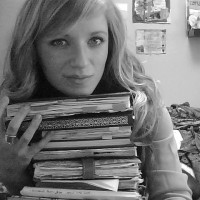 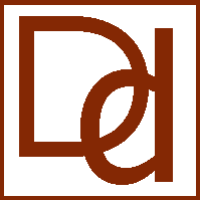 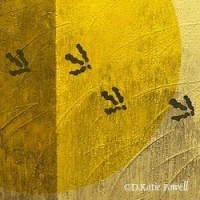 Promote your Page too

Promote your Page too

(Somewhat) Daily News from the World of Literary Nonfiction

Life in Los Angeles and Beyond

A Life in Poetry

A City Girl in the Countryside

This WordPress.com site is the bee's knees

thoughts and adventures of a girl with a song.

the secretion of art by Rhian Ferrer

Things that make me tick

Musings from an Artist + Writer

Hey, I was just thinking...

The finest technology, entertainment and life source on the web